Quantum theory is one of the scientific revolutions of the 20th century. It is with us for nearly a century and we still don’t fully understand it and its implications. The quantum nature of atoms becomes dominant when their deBroglie wavelength becomes comparable to the size of the potential in which the atoms are held. This occurs at ultra low temperatures (<1μK). The wave properties of cold atoms (which are thus named "matter waves") can be exploited for fundamental measurements such as the study of nature's symmetries, search for new forces or analyzing the border between the quantum and classical worlds (with implications even to the question of freedom of thought). The field of quantum optics has made leaps in the past 15 years or so, and in this period 4 Nobel prizes have been awarded (1997, 2001, 2005, 2012).

Our main research tool is the AtomChip (Fig. 1). This device enables the manipulation and detection of isolated cold atoms for quantum operations. Such systems also have technological applications. For example, they have already set the best time standards; they are now being developed via interferometric schemes into acceleration sensors for ultra-accurate navigation systems, as well as for detecting minute changes in the gravitational field; magnetometry can be made so sensitive that it can be used for medical imaging of the brain; more futuristic applications involve secure communication (quantum cryptography) and the super-fast quantum computer.

The "AtomChip" group, and the nano-fabrication facility at Ben-Gurion University, combine in developing AtomChips for new fundamental insights into the laws of nature as well as new technological applications. Our students study for degrees in Theoretical and Experimental Physics (and combinations thereof), and are exposed to a variety of fundamental theory as well as advanced technology, ranging from lasers and optics, to electronics and computer interfaces. Our students have won numerous excellence awards in Israel and abroad, and have found excellent jobs in the industry and academia. For example, one of our recent PhD graduates was invited by a Nobel Laureate to MIT for a post-doc position.
See our “what's new” page for more information.

In recent years we have published articles in the most prestigious journals such as Science, Science advances, Nature communications, and Physical Review Letters. As an example, see our unique project to put a clock in two places at the same time which was published in 2015 in the prestigious Science magazine. Watch a short video that describes our experiment: English / Hebrew


Bottom line: We talk to atoms, and you are invited to talk to them too! 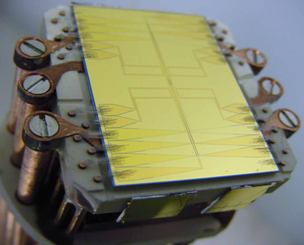 Figure 2: An interference pattern made by matter-waves in our lab. This interference pattern is the direct result of putting a clock in two places at the same time, as allowed by quantum rules. This experiment measured the interface between quantum theory and general relativity (published in Science 2015). See also: English / Hebrew